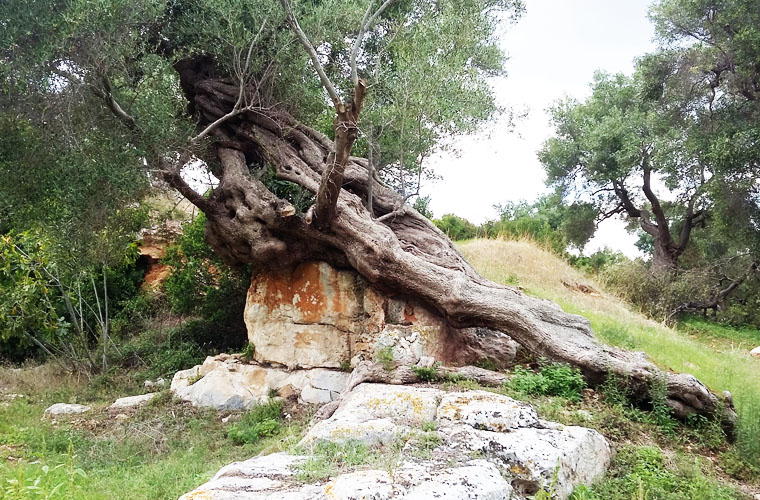 A region rich in history and landscapes to be discovered!

Between Brindisi and Ostuni, in the heart of Apulia, not far from the Adriatic Sea (14 km of inviolate coastline and a crystal blue sea) the buildings of the town of Carovigno can be seen on a delightful climatic hill. Its soil, climate and romantic views fill the heart of intense pleasure; the surrounding plains, dotted with stately secular silver olive trees and evergreen gardens, maintain an eternal spring.

Carovigno has an antiquity which is lost in the mists of time until the troglodytes. The many caves made habitable by man, and the chipped and polished stone found in the area (axes of diorite and flint arrows) are witnesses. Significant remains of human settlements are still visible in "Carisciola" district, near "Mezzaluna" swamp; the abundant archaeological material, exhibited in Egnazia, Brindisi and Taranto museums, testifies its Messapic origin.

Carovigno: a charming village in the heart of Salento

In fact, the testimonies handed down from classical and modern writers agree that Carovigno was the centre where “Carbinia" Messapic civilization flourished. This had been set according to the criteria of the Greek cities, in fact it was defended by three concentric walls that surrounded the hill on which the acropolis dominated. According to classical culture it was a way to symbolize the ternary, or the typical human building made of body, soul and spirit. In 473 b.c. the Messapic "Carbinia" was destroyed by people from Taranto and it was on the same site that, later on, the "Carvinea" medieval military fortification was rebuilt.

Carovigno lays among lush and secular olive trees and is a rich city with history and natural beauty like the impressive"Dentice di Frasso" castle, the Basilian origin “Belvedere Sanctuary” , the Torre Guaceto nature reserve which represent a unique heritage to safeguard and enhance.

Carovigno is an industrious and peaceful centre, both its hills and beaches allow an ideal stay for every need; the goodness and authenticity of its cuisine are its pride, as well. Carovigno is a must to be considered by those who choose Apulia as their holiday destination.