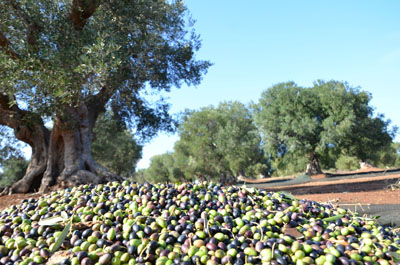 Over the years, the Presidia project has been able to build a small, great food universe which, also thanks to the label that accompanies and makes these products recognizable, has become an important reference for operators and consumers. Despite this, there are still those who consider this universe a sort of treasure trove for the lucky few that, in any case, cannot constitute a large-scale replicable production system. In reality, the number of products and producers is constantly growing and also affects many foods for daily consumption, which suggests that there are no spatial and social boundaries for production and consumption. A clear example of this is the Slow Food Presidium dedicated to the production of national quality extra virgin olive oil, launched in 2015, which in the third production campaign gathered 60 Italian olive growers under a single logo. Thanks to the selection and research work of producers carried out directly on the territory, we have reached corners of this country where the culture of the olive tree is still alive and characterizes the agricultural landscape. We met producers who believe in quality olive growing and respect for the environment, and who preserve the rich Italian varietal heritage by committing first and foremost to protecting the centuries-old trees, more expensive to manage and at risk of abandonment. We convinced them to show consumers what they do through the narrative label tool, telling their story and company philosophy and explaining through an easy understandable narrative what are the characteristics of the Presidium extra virgin olive oil. 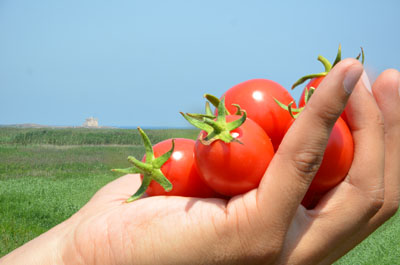 The Torre Guaceto reserve despite being relatively small (there are about 1200 hectares that insist in the municipal areas of Carovigno and a small part of Brindisi), has an extraordinary variety of protected ecosystems: the marine reserve, the coast, the wetland, the Mediterranean scrub and the agricultural areas. The managing body of the reserve, born in the year 2000 and composed of the municipalities of Carovigno, Brindisi and the WWF, the association that has been working in favor of the defense of this territory since the early seventies, has always been concerned to enhance all the naturalistic components of the reserve, but in particular it has tried to revitalize the typical agriculture of the area, well aware that only a clean and fair use of this resource can guarantee the economic sustainability and durability of the park system. Thus was born the oil of the millenary olive trees of the reserve, L’oro del Parco, relaunching the cultivation of those olive trees present in the 260 hectares upstream of the state road that leads to Brindisi; thus the Slow Food Community of food from Torre Guaceto was born, which includes breeders and cheese makers, fishermen, farmers, all active within the protected area. To safeguard the biodiversity of the protected area, a new project has also been launched: the recovery of the local ecotype of fiaschetto tomato. This sweet, juicy, long-lasting tomato is part of the gastronomic history of these lands: it was the basis for the tomato sauce that all families, even urban ones, produced for the winter.

It was unthinkable to use another type of tomato, perhaps more famous, such as San Marzano: in the Brindisi area the red pasta sauce is the one that derives from the biological Fiaschetto tomato sauce. Yet, despite this rooting, the tomato was in danger of disappearing: the cultivation and above all the harvesting is too expensive, the quantity of harvest is too low compared to the profitability of modern sauce hybrids. Hence the challenge, taken up by the park authority, by a nurseryman sensitive to the reasoning of biodiversity and by a farmer willing to take the risk of organic cultivation of tomatoes: because this was the decision, what is grown in the park must be biologic.