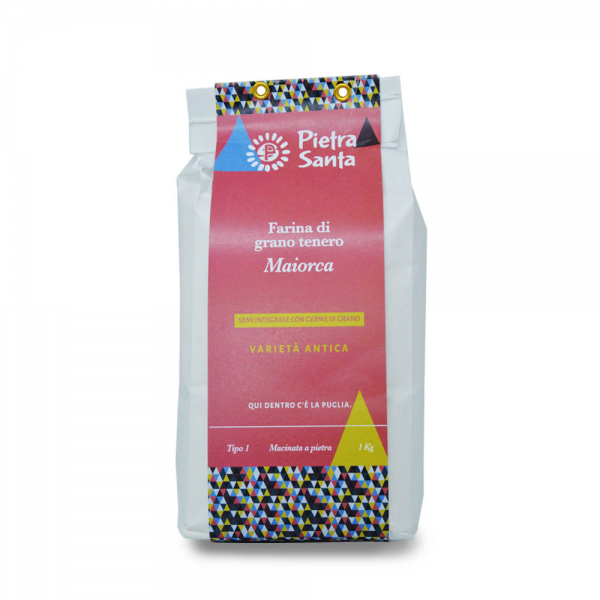 Maiorca wheat is an ancient variety of soft wheat, characterized by its remarkable height of 180 cm and its muted ear -without awns- and quadrangular, for its white grain with reddish beards.
Maiorca wheat is an ancient variety of soft, white and very nutritious wheat, a rediscovered food that is used in many recipes, such as that of a tasty and fragrant bread.
In the Apulian culinary tradition, Maiorca ancient soft wheat flour is white, soft and fragrant. Perfect for the preparation of homemade bread but also pizza, focaccia, taralli or breadsticks. Also ideal for the preparation of dry biscuits or pastries.