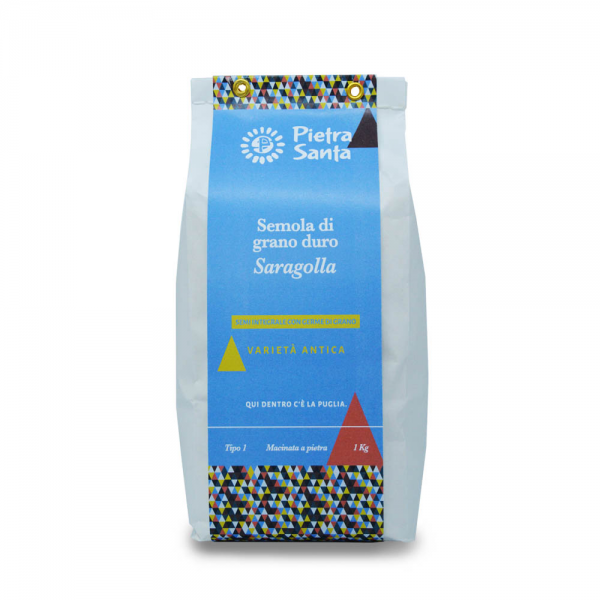 Saragolla is a long, yellow and bright wheat with characteristics very similar to “Senatore Cappelli” hard wheat.
This wheat has been forgotten because it has been replaced by hybrids and varieties that are easier to grow, due to the low yield. Saragolla is an ancestor cereal of modern hard grains. Color is just one of the many characteristics of Saragolla, from which a fragrant and precious semolina is obtained. Thanks to its low concentration of gluten, it is easier to digest and very nutritious.
Saragolla ancient hard wheat semolina is excellent for preparing fresh pasta, focaccia or pizza.