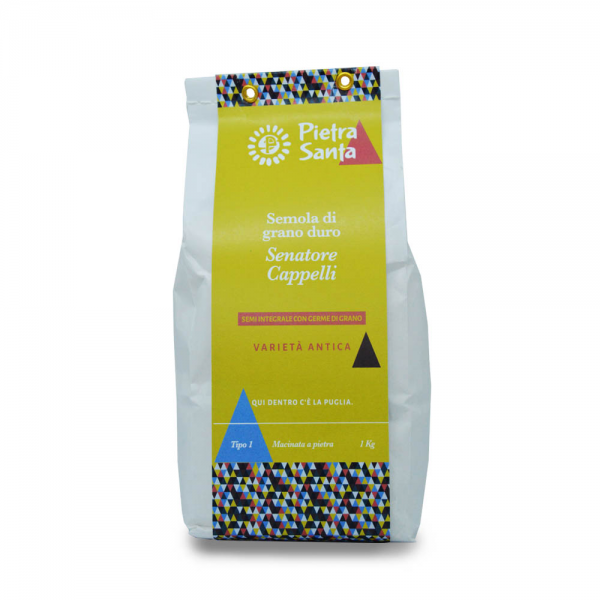 The Senatore Cappelli hard wheat, is a variety of hard wheat selected in 1915 in Foggia by the geneticist Nazareno Strampelli. However, the name is a tribute to Raffaele Cappelli, Senator of the Kingdom of Italy, who in the early 1900s was the author of the first agrarian reform as well as diffuser of this precious variety.
Senatore Cappelli hard wheat flour has exceptional organoleptic characteristics, it gives an unmistakable flavor and aroma to pasta, bread, friselle, pizzas and even some types of desserts such as biscuits and pies.
The health properties are innumerable. As the grain retains the wheat germ during processing, the flour obtained is rich in vitamin E, proteins, amino acids, minerals and unsaturated fats, many of which have antioxidant activities. It is extremely digestible and naturally low in gluten.